Get the latest updates, news and product offers via email

e-Bike of Colorado aims to change the way we commute and recreate. Pick Your Pedal Power!

With just over a year in business, electric bicycle retailer e-bike of COLORADO is helping Boulder County residents reconsider their relationship with play, exercise and the outdoors. Customers unfamiliar with the electric bike concept often enter the Louisville shop a bit skeptical, but upon a test ride, even endurance athletes may appreciate a little “pedal assistance” rather than grimacing up the steep hills along Coal Creek Trail. “E-bikes aren’t replacing bikes,” manager Pete Castiglione said. “They’re replacing couches and cars.”

Electric bikes are neither scooters nor motorcycles. They are hybrid bicycles propelled by both the power you provide in your legs and the motor. Critics of e-bikes say riders are cheating.

“But how are you getting to work?” asked owner Randy Caranci. “By car? Now that’s cheating.”

The Nuts and Bolts

E-bikes are broken down into three classes. Classes one and two are governed at 20 mph, but class two has the option of using a throttle button that propels the rider forward without pedaling. Class three e-bikes are governed at 28 mph and are intended to be ridden only on the roads.

e-bike of COLORADO carries all types of bikes, including tricycles, hybrids, cruisers, fat tire, foldable, mountain and road bikes, from $999 to $8,999. Not sure which might be right for you? Test one out: e-bike of COLORADO offers Thursday evening (seasonal) and Sunday morning group rides. Bring your own bike or borrow one for free. And, of course, test rides are always free. The first U.S. patent on an e-bike was in the 1890s, but only in recent years has technology created much lighter, longer-lasting batteries. On average, an e-bike can go 50 miles before it needs to be recharged, and most e-bikes are fully charged within four hours.

Many customers worry the weight of the battery will make the bike too heavy. Caranci says that once customers try it out, they realize the advantages of powerful motor assistance outweigh the few extra pounds of battery weight. He often recommends customers ride the e-bike every day for about three weeks to help the battery last longer. This breaking-in period isn’t to benefit the battery—it’s for the rider! The more fit the rider, the longer the battery will last.

Not Just for Commuting

E-bikes make it possible to spend time outdoors with loved ones of varying ages and abilities. Customers are buying or renting e-bikes in order to keep up with friends and family. For instance, visitors from a lower elevation may want to spend the day outside exploring town. Locals could get in a workout on a traditional bike while the guests ride alongside on a rented e-bike with the pedal-assist setting at its highest level.

One e-bike category exploding in sales is e-mountain bikes, says James McIntyre, the store’s e-bike mechanist. Downhill mountain bikers are beginning to realize they can get more laps in downhill with the pedal assistance e-bikes offer. They don’t have to rely on a chairlift or wear themselves out early on in their workout climbing back up the steep hill. “It puts the fun back into cycling,” said McIntyre, who bought his sister an e-bike.

After five knee surgeries, biking just didn’t seem like an option for her. With an e-bike, McIntyre says, she’s actually getting out and riding. If she gets to a hill she doesn’t think her knee will allow her to climb, she simply hits the throttle button and the e-bike accelerates without her needing to pedal.

Caranci is excited by the potential to reach different people in the community with e-bikes. He spoke of one customer who has Parkinson’s disease: “When he returned from his test ride, he was so excited. In fact, he was verbally more articulate.” Another customer who is too blind to pass a driving test still sees well enough to ride his e-bike to work.

Are you curious about e-bikes but not sure you want to invest in the purchase? Follow the shop’s tagline, and “Just try it!” 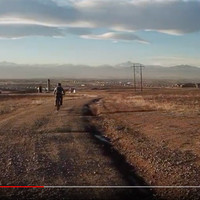 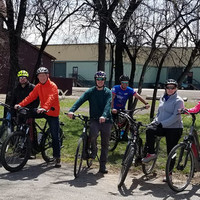 Join us on our Sunday Group Ride! 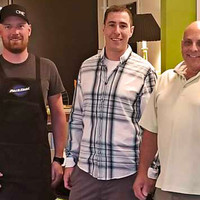 e-Bike of Colorado aims to change the way we commute and recreate. Pick Your Pedal Power!
Newsletter

Get the latest updates, news and product offers via email